Do you ever leave the house without a stitch of makeup on? Today, Cindy Joseph talks about why it's important to do that. And to be okay with the way you look, right out of the shower, just as you are. Watch the video to hear more.

Hey, welcome back. It's Saturday. For those of you that are here for the first time around, I say welcome, and last week I came by and I was in the same bathrobe, and I had just gotten out of the shower, which is my same situation now. I had told everybody I was probably going to do my makeup while we chatted and drink my coffee. I got so carried away with what I was talking about, which was second adulthood and getting excited about the next stage in life, whatever it may be, my coffee got cold, and I never did my makeup. I always like to show people what I look like without any makeup on, because it's so easy to think that the models you see in the magazines look like that when they wake up in the morning. It's not true.

I have my thin weird eyebrows. This one doesn't even have an end to it. This one is the better one, but it's still kind of holey. I think it's so important to like this, however you look, right out of the shower. It's back to finding things good. When you find things good, they get better. So sometimes if I do a couple of jobs during the week, they put a lot of makeup on me. It's so easy to get used to seeing yourself with makeup. And if you wear it every day for you job or your life, for whatever reason, mascara, eyeliner or whatever, when you see that all gone, it's really easy, especially for me, because I'm pretty white, my eyes are very light, and I just think I look like this washed out blah.

Yesterday, I had a really good visit with a girlfriend of mine who just turned 40. She's stunning. She's blond. She's got this rich colored skin, and she had a little makeup on. And I just sat and talked to her all day long. When I went in the bathroom and looked in the mirror, I was like, "Oh my god." I was actually really surprised at not only how old I looked, but how bland I looked. And I didn't have any makeup on. But I'd been seeing her, so I compared myself to her. Well, she was looking at me all day, and she loves me, and she thinks I'm stunning and beautiful.

But I remember when I used to do makeup all the time. I'd be in the dressing room, and quite often I'd be making up a girl with really dark, rich colored skin, as some of you out there have. I'd show up, I was in my 20s or 30s. It happened throughout my career. My back was turned to the mirror because I'm doing their makeup, and they're looking in the mirror. So I do the foundation, and the powder and make them up. Then I turn around and look in the mirror, and I would think I looked so pale and so sickly, because my eyes got used to seeing that for the hour that I did their makeup. I'd grabbed the blush and I put it on, and I put on some darker foundation. Well, after making up three girls like that, by the end of the day I looked like a drag queen. I had so much makeup on. So be careful, and watch out. Realize that you get used to seeing images on TV, in films, on magazine covers, and then when you look in the mirror, it's easy to be kind of shocked, and think that you look bad. That is your judgment. You can change your point of view.

So what I do periodically is I purposely wear no makeup, no Boomstick Color, no Boomstick Glimmer, nada. I go to parties. I go to dinners. Haven't done an interview, haven't done a TV interview like that, but I would like to. Do you know about Jamie Lee Curtis going on to The View, and they all came out without a stitch of makeup on, and they actually brought a white cloth and wiped their faces to prove to the audience that they had no makeup on. That rocked. So that's what I like to do for myself, until I start appreciating my own features, just as mother nature painted them. So I've been doing that for the past three or four days. I just got distracted by something on my computer. You probably heard it go bing.

So interesting stuff to think about. So quickly, because I do have to go out today and do a couple of things. So I'm going to look in the mirror that's above the computer, and I'm going to just fill in my little spot on my eyebrow. Again, I don't do this every day. I'm make sure that I don't get used to doing this every day. Then if I do it, I'm doing it for fun. I'm doing it for a little add on for the TV camera, which I've told some of you before that for you to look like you look with no makeup on camera, you have to wear some makeup. It's really weird. The camera sees things that aren't really there, or magnifies things that are, or takes away what little there is there. It's bizarre.

So I still make them look completely natural. It doesn't look like I have makeup on. This is a Chanel pencil, blond, and I find it the best if you're my coloring and your eyebrows are faded. It's not grey, and it's not brown. Almost all the browns have too much red in them, and I find that they don't really match. So I call it a greyish brown, and even though it's called blond, it's still dark enough to show up on your skin. So good thing to pay attention to. You should really match whatever hair you have there. So when you put it on, it looks like it's your eyebrow. What I've been doing lately is nothing but a little bit of Boomstick Color. Across the forehead, just a tad, and it always looks redder on this computer screen for some reason. It always goes much more red when you first put it on, so don't let that scare you. It's because I'm pushing my skin, and I'm activating the circulation. That will all relax and go away, as it's starting to already.

Sometimes I'll put a little here, because when we flush and blush, that's where we get color. We get color where the capillaries are close to the surface. So look at that, a little bit of eyebrow, a little bit of color, which would naturally come if I was working out, making out, laughing with my friends, having a really, really good time. This is what happens. So that's all I do, or that's all I've been doing for the past week. And there you go. I hope you had fun. I hope you come back, because I'll be back next Saturday. 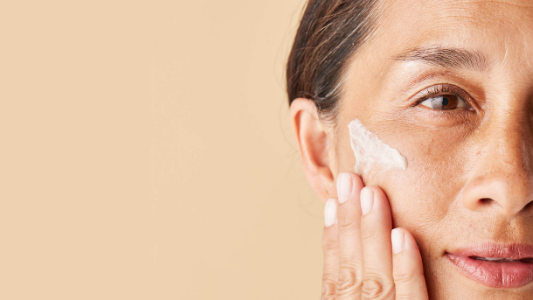 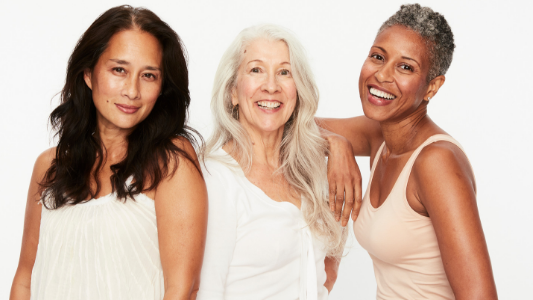 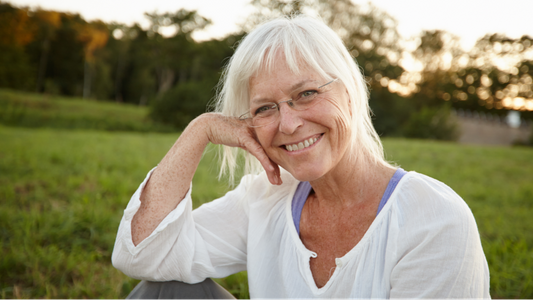 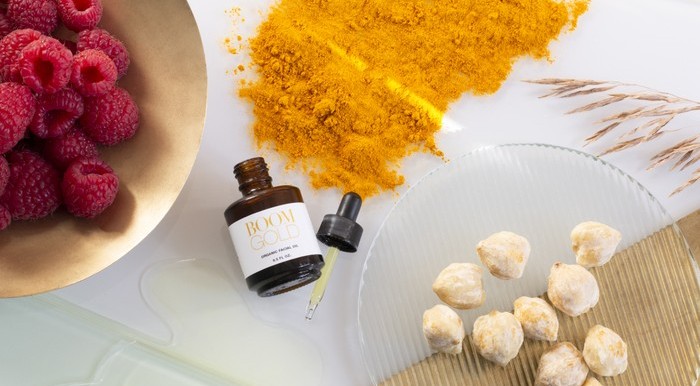 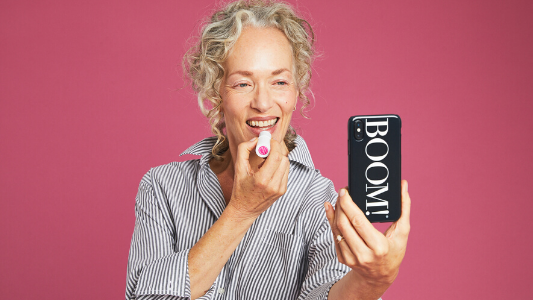 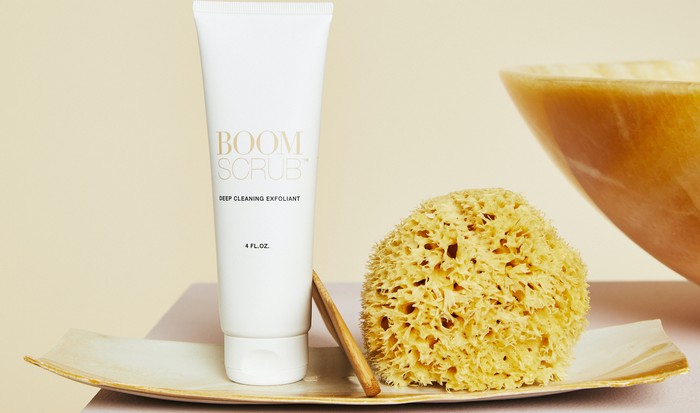 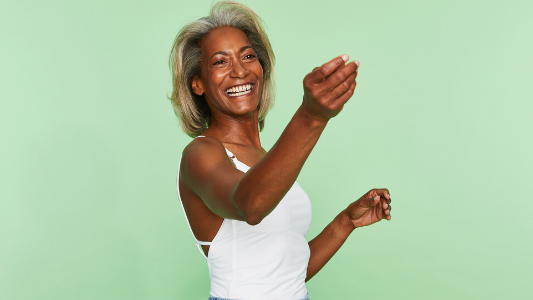 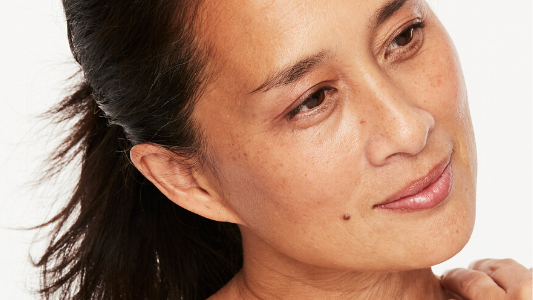