"Just stop stopping yourself. Stop letting the world stop you. Stop not knowing what it is you want. Start choosing and going for it."

Pat “picked” her husband at age 51. Now at 60, she’s looking back on what it’s like to fall in love during the wisdom age, and start choosing what you want out of life.

Watch the video for her life (and love) story. 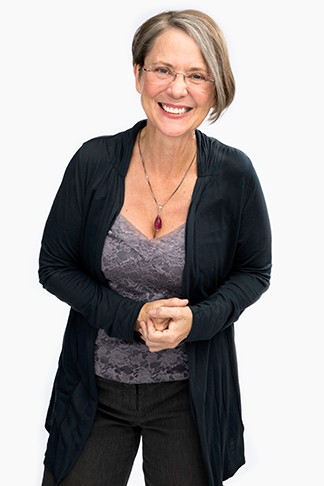 When I was in my 20s, I did have a romantic view of aging. I think I saw a movie where Isadora Duncan, you know, was wearing these scarves that eventually killed her, and she was old, but she was living. And I thought, "That's how I'm gonna age."

That was early though, and then you get a little older. And then you forget that you're gonna age, so then it surprises you when it gets there.

So I think I'm in a time where I feel very lucky to be in this time at this age.

I'm ecstatic about it actually. It's been a long road, but I'm finding a place where I get to choose. Absolutely you find yourself not wanting to spend energy where it's doing no good.

I mean the process started probably when I was 50. I said patience is not a virtue anymore. It starting revving up back then. Just stop stopping yourself. Stop letting the world stop you. Stop not knowing what it is you want. Start choosing and going for it.

I picked my husband. Mm-hmm. I was 51, I finally...I realized that I had never been the chooser, I'd always allowed the relationships to present themselves to me as possibilities. But at 51, I bit the bullet and I said, "That's what I want." And I went for it. And he was as surprised as I was. And it was really great. It was so surprising to both of us. And it was really, really perfect. I had never been married before. I had imagined that marriage would come to me, that something would present itself that was undeniable. And you know what, it just never happened. I was like, "What? What's going wrong here?"

I wasn't chasing marriage. I was chasing things that I enjoy, pursuits, experiences. Did not think that I needed marriage. Didn't pursue it. And loving a whole community, a whole group of friends, a whole tribe has given me a wonderful life experience. I do have a loving family, and then I decided that's what I want.

He was amazed. He was like, "How could someone like you like me?" And I was amazed that he didn't have a line of women waiting to get a hold of that. And we were just both, I think, underachievers in the romance department until we had a three month long-distance courtship. So romantic. Phone calls, emails, video calls, and written letters. Wow, written letters.