Karen’s Story: Happier Than Ever at 72

Now, at 72 going on 73, Karen feels happier than ever before. This is her story of how she reached where she is now—and became the mountain-climbing, meditating, Pilates instructor she is today. 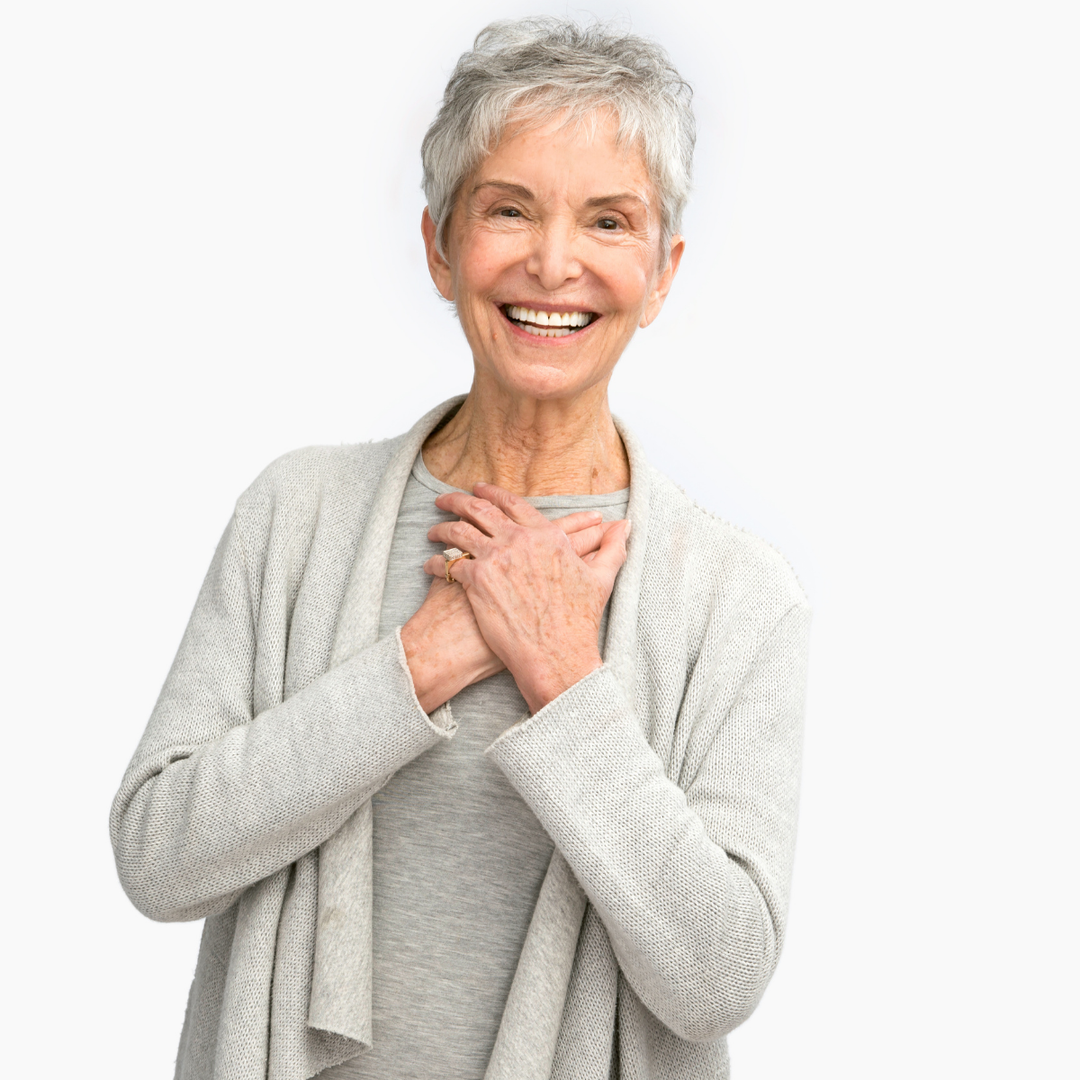 To be strong, to be brave, to trust myself, don't march to anybody's drum, don't feel ashamed, be proud of who you are. I guess those are the things I would have told myself at 20.

I have worked very hard on feeling good. And I have, just like everyone, a very difficult history. And after I brought up my children and closed my business, I started doing things that I thought I would really like a lot.

And so, first, I started teaching Pilates, and I still do. And then I started meditating. And I really believe that the meditation has changed my life. It's freed me from you know, kind of the ball and chain of my history.

I remember even when I was a kid, maybe 13-14, I would walk down the street and these guys would whistle, and I thought there was something wrong with me. Like my slip was showing or something.

But now, I've accepted my life and it's not difficult anymore. I feel free. I feel more myself than I've ever been. As a matter of fact, I've never been happier in my life.

I just am who I am, and if you don't like it, it doesn't matter to me anymore. I say what I believe without being afraid. I don't have to look like everybody else, like I used to.

Okay. So, I dyed my hair, honestly, when it was time to dye my hair when I was getting gray. But then I noticed that first, I was losing my hair because of the dye, and it's kind of thin. And then I went to the stylist for my hair and cuts my hair and he said, "Karen, I think it's time for you to go gray." And then I did and I went gray. And it wasn't difficult at all and I love being gray, to be honest. Not because it's now beautifully silvered with, but because I don't have to worry about it. It's who I am.

And that's another example in my life of coming out from hiding. You know, from accepting who I am because I don't wear a lot of makeup and my hair is gray, so you know I'm no longer a kid. Yeah, that was one of my steps, I guess. 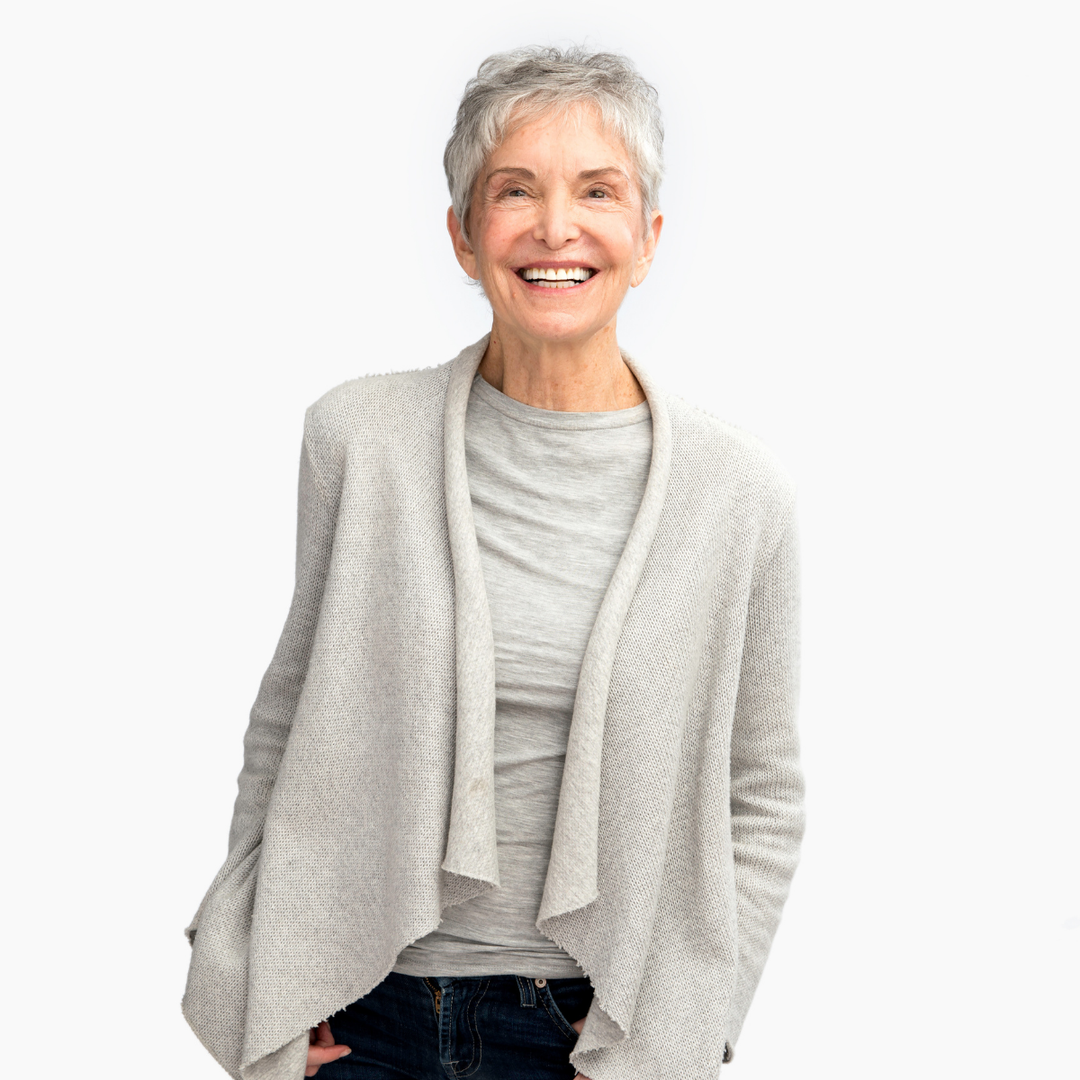 Life just doesn't stop unless you're afraid, I guess. But life isn't over when you're 72. Oh, it's much better.

The truth is I feel very sexy. Not...I don't go around feeling sexy, but if I think about being sexy or I’m with somebody, I'm not ashamed of my body. I like my body.

Wow, to some things that make them beautiful because they are beautiful aesthetically, beautifully, classically beautiful. And depending upon what culture you're from, beauty is culturally defined. And I've been with women and men who aren't particularly beautiful, but they're beautiful, you know, because of who they are.

I think that people need to grasp their life.

I climbed a mountain in Peru. Not Machu Picchu, but it's called a Young Mountain, I think it's a little taller than Machu Picchu, a couple of months ago. And when I came home, I was like, I was top of my game, right? I mean, nothing. I was unstoppable.

And I'm walking down in front of...and I had to get my nails done, and I was running and in front of Starbucks I fall and break my wrist.

And there's a story about Sisyphus. And Sisyphus did something against the gods, gods only know. And what his sentence was he'd have to push a rock up a hill, and then at the very top of the hill the rock would go all the way down, and he would have to push it up again. And I fell, and it was true, Sisyphus came to my mind because in a way that's very much what life is all about.

We're pushing up the hill and then, and pushing up again, we're at the top of our game and put. And you can read about it in all, you know, what's happening to a lot of people in the news right now, top of the mountain and now, phew.

So, I don't know what tomorrow is gonna bring, but I know that I am in the moment. I'm really here in time, at 72 going on 73, and it's been joyous.