Kris’s Story: Dancer and Therapist at 70

"...feeling that I had to look a certain way or I wouldn’t attract a man or I wouldn’t be considered beautiful, I threw all that off, which was very freeing."

At 70, Kris has spent the last 25 years in both the creative and healing arts. She’s been a modern dancer, massage therapist and psychotherapist.

Now she has an incredible outlook on life. Watch the video to hear her story. 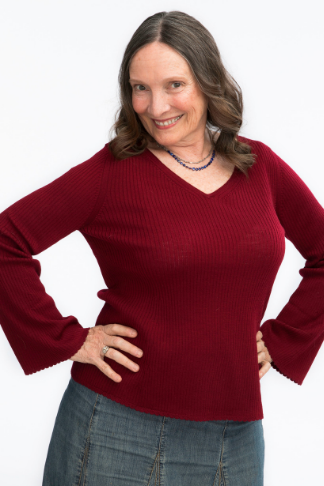 Well, since my mother was your classical Southern belle, and wouldn’t go out of the house without putting her face on first, there was a lot of pressure to be beautiful, to look beautiful all the time, never to be seen without makeup, and hair perfect. So, that was all part of not just the culture of the South, but of those times too.

I would spend hours in the morning before going to school, teasing my hair, and trying to get one of those flip hairstyles, which never worked well enough, and putting on makeup. And not leaving the house unless everything was in place. And then the 60s came along. And then we were finally freed from all of that.

So it was usually always pull back or pulled up in a ponytail, and then just became much simpler.

What it became for me was I didn’t have to worry about how I looked unless there was a performance. And then, you know, you’ve got on the makeup and the costume and every… It was a persona that had to be projected through the art form. And that had meaning. But as far as feeling that I had to look a certain way or I wouldn’t attract a man or I wouldn’t be considered beautiful, I threw all that off, which was very freeing.

I’m 70, and I don’t really have much gray. So I have a little bit, you know, on this side, but when I even first saw the little glimmers I thought, “Oh, here it is.” It was a relief in a way. 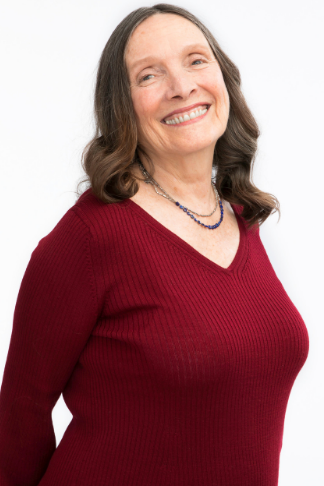 Part of the reason it hasn’t become a negative thing has had to do with the last 25 years of meditation and working in the healing arts as well as the creative arts, especially dance the way it moves the life force in such obvious ways. Then I think you have to bring that into other aspects of your life, like when I’m playing with my granddaughter the same thing comes out, you know. And so, I can feel that same aliveness as when I’m engaged from my core and from my heart.

I was a massage therapist for many years. Those kinds of ways of being in oneself, and being in the world, just instill different values so that you feel more at peace with yourself. And of course, I’m still a psychotherapist, so I’ll look forward to working well into my 80s as a therapist.

There’s this wonderful sense of hope in that. No matter what happens, I have enough resources to enjoy life.

0:03 Growing up with a Southern Belle mother
0:35 Spent hours teasing her hair for school
0:59 Being a dancer = beauty was simpler
1:15 Why modern dance was so freeing
2:05 Seeing glimmers of gray was a relief
2:27 25 years in the healing and creative arts
3:07 Values and peace of being a therapist
3:25 Looking forward to working in her 80s