The first time Hadley came face to face with her age, she was in her mid 30s trying on a wedding dress:

“The first dress I tried on was very lacey, very low-cut -- and I turned around, and I was really stunned… I don’t think I’ve ever had a moment of truth like that before.”

Watch all of Hadley’s journey toward wisdom and self-exploration in her brand new video. 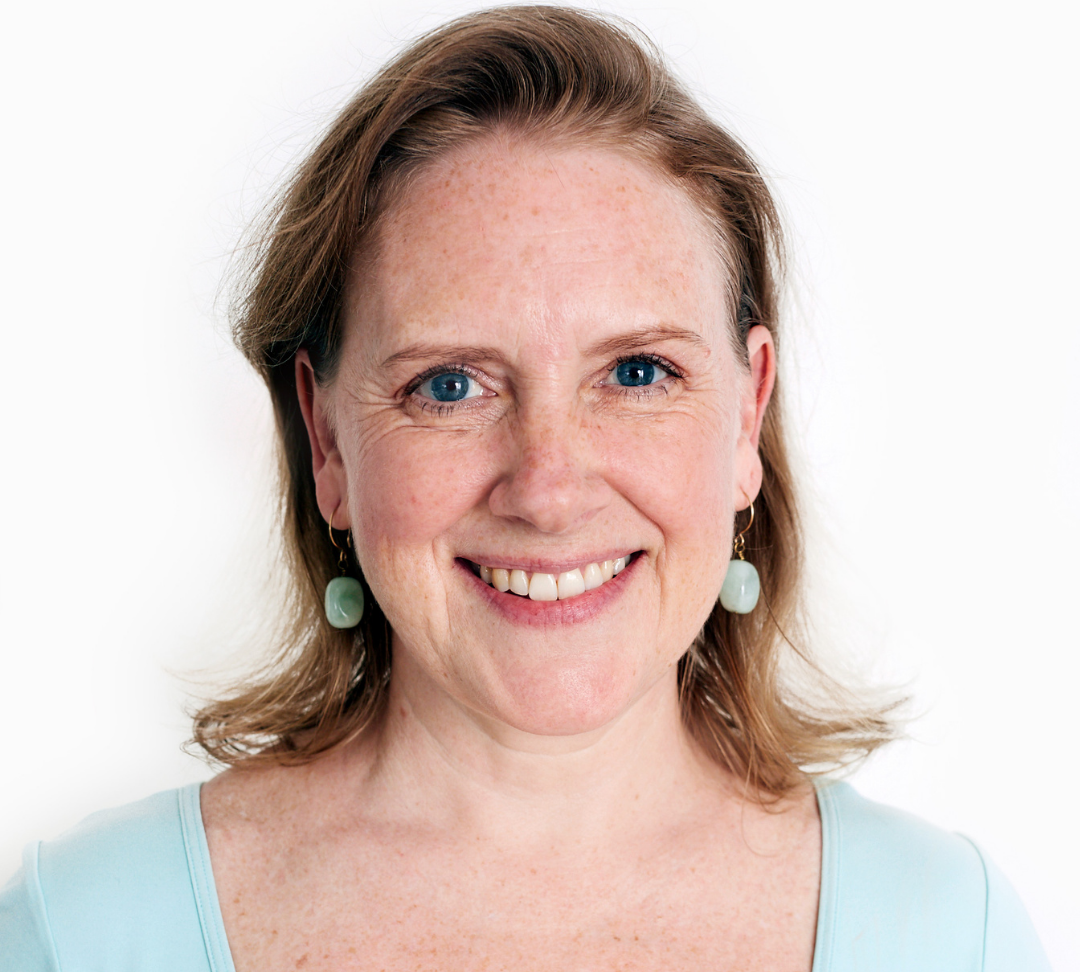 Never thought about it, really, until I went to go try on wedding dresses and I was in my mid-30s. And the first dress I tried on was very lacy, you know, very low-cut or whatever, and I turned around and I was really stunned that my face was too old for the dress.

It was a dress for a very young bride, and it was the first time I'd ever come face to face with my age physically.

Yeah, you know it was a relief actually to be able to put the lacy thing away and go for something that really suited.

I got this gorgeous dress, princess seams and satin and so forth, and it was made by these Polish ladies in this atelier. Right before the wedding, I did not know I was pregnant.

We went in for the last couple of fittings and these very direct cut-and-dried women were like, "Our measurements are exact. You have gained weight." And I'm like, "I have not gained weight."

I ruined the lines of the dress.

Older women are very powerful. They've done so much for some many people by the time they get into their 50s and 60s.

Wisdom, especially female wisdom, is one of the most powerful things in the world and that's why men need to sit on it.

You go through several lifetimes of living out other people's models of how to be.

Like when I went to college, I had heard so many stories of my parents' time in college and my sister's time in college, and I felt like I was supposed to do something like that.

Wisdom, especially female wisdom, is one of the most powerful things in the world and that's why men need to sit on it.

You go through several lifetimes of living out other people's models of how to be.

Now in my 40s, I feel like I've tried a bunch of different things on, now I know what fits. I have a better sense of that ping when something's not right, when something feels off.

People who don't live from their center or who live with kind of a grain of unhappiness it's like an oyster with a piece of sand under its shell. Instead of making of a pearl, that strain starts to show in your 40s and 50s.

If you don't take care of your stuff, it can show up in your face. It might have been difficult for me to stick up for myself as a young woman, but as soon as I had kids and I had to go to bat for them, I had no problem at all.

My son was in a Pre-K program here in the city. So they make them take tasks and all that sort of stuff, and my son as a three-and-a-half-year-old did not wanna sit for the exam.

So they couldn't grade him, which means his chances of getting into Pre-K were nill. I heard through the grapevine that the director of our school, this young woman, kinda too young for her job, had been gossiping about my son's scores.

Making another parent feel better like, "Wow, as bad as your kid did, at least you didn't, you know, do what this little boy did." It was the first time in my life I think I'd ever really caused a big problem. I made a lot of noise and I didn't recognize myself. I couldn't be stopped.

I think women who go on a journey of self-exploration, self-revelation, they start to glow more from the inside, and so that's what I'm going for.

I'm going for the glow.

I noticed in the last few weeks I have started to break out, and I didn't know why.

I don't normally break out, and I realized it was from the hot yoga class I've been taking, that whatever towel they're using...because you lean...you know, you bow with your forehead and then you bow with your right cheek and left cheek.

And I had this perfect triumvirate of pimples and I couldn't figure out why.

And then I just figured it out. So last night I used the mask and they are gone.

And they were really, really easy to work with. I like the stick kinda thing, I know you're never supposed to tug at the skin around your eyes and so having it in stick form you just put it on.

I'm still inventing myself, so it's not over till it's over.

And I wish society would give women more of that message, too, that you just never stop going for things, you never stop inventing or wanting things. And that's really important. That's life for us.