Donna’s Story: The Glorious Part of Being 75


Donna’s Story:
The Glorious Part
of Being 75

For Donna, it’s a relief to no longer have to question herself. Instead, she can just be. So 25 felt full of possibility, full of passionate creative work. Honestly, if you wanna know, I really thought anybody over 30 who wasn't an artist, I didn't really understand why they would decide to live anymore. It's embarrassing, but it's true. I really believed that when I was 25.

There are hard things about being 75, but it's so much easier. And one of the things about it is that that drive, that passion, that have-to-ness eases a little bit. Not totally, I mean, I'm interested in things but it's not as compulsive.

And so there's more space.

It's a relief because I used to question myself. The critic was strong. Sometimes the critic is helpful, but a lot of times it really gets in your way, and it takes up a lot of energy and it is not comfortable. So the critic has subsided pretty much. Comes in a little bit, but it's really pretty much I'm here, I'm fine.

And I also love solitude now, which is very different from when I was young. I eat it up, especially in nature. It's I can go for days if I have the space and time.

“Hide everything so that people will like you.” “Don't show any flaws because someone will use that against you,”—that was really the message I got. So that's part of the liberation.

I see aging as a new developmental stage. In my 40s, there was one phase, in my 50s maybe another, and it's continued.

I would say the whole course of my life is really about listening to what's really there. And I've done a lot of practices and my work with other people is very much about that, so it's been an unfolding process. So I would say it's evolved, I don't know when it... At a particular point, it wasn't like that. It was gradual. 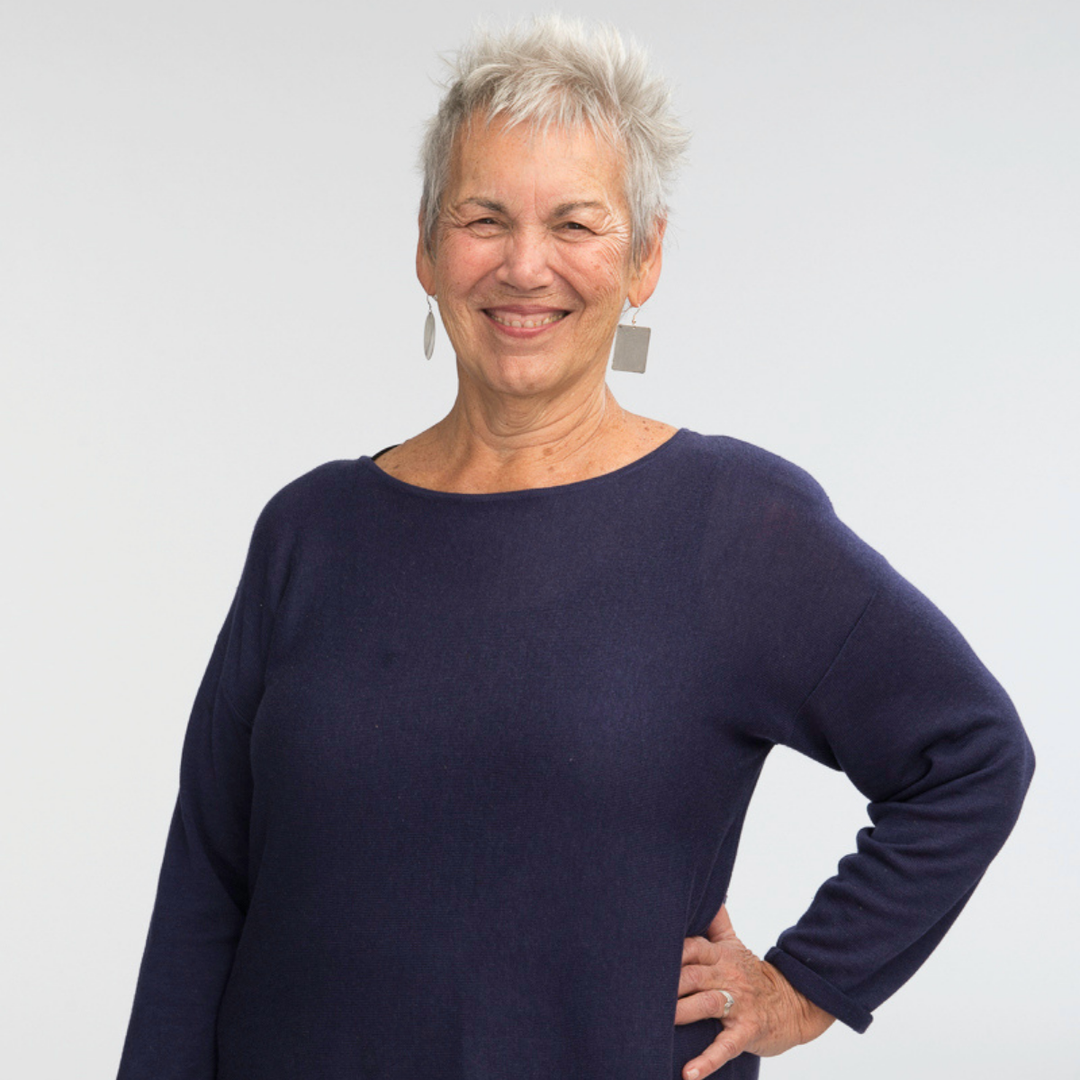 I work with people through the body from the inside out somatically. And so it's really about listening from inner experience. And I used to feel like I needed to be effective when I was working with people, they had to come out of there knowing something, naming something, recognizing something with a real clarity and I felt pressure inside, a gentle pressure but it was a pressure.

When I work now, I have no agenda except to be in resonance with the person in myself, and with the person. The agenda emerges from that. There is no...I don't have to have yet another goal because it becomes clear what it needs to be when I'm in that relaxed connection with somebody.

I still do a lot. But, I would say the big shift is into being, more being less doing or when I'm doing, being more as I'm doing.