"...what it's really about is being where I am in the moment and having a good time."

For Anna, it’s extraordinary to be 69-years-old.

It’s her time to be happier, more peaceful and more herself. Anna has also never felt more beautiful than she does now.

Do you feel this way about your age? Watch the video and let us know. 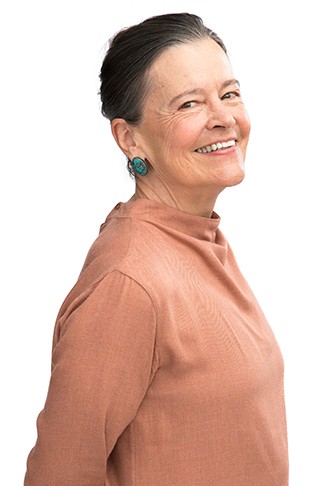 I would not trade my 69-year-old mind for my 29-year old body. That's how it feels. I think the difference in being 69 is I am quieter and I'm more patient with myself. I'm happier with what I've done in the world, and I know a little bit more about what's really important, and I think what's really important is relationship, friendship and family.

At 29, we're running out into the world, and we're finding ourselves in the world, and it's exciting. It's a great time. But at 69, there's peacefulness. And I think it's more at 69 even than it was at 49.

I find it a fascinating time because I have to have some limits that I didn't have before, and learning to live with those and appreciate those, and find a richness around those is extraordinary.

I'm still a go—I mean I'm still, you know, 99% all the time, but I do have to back off. And that's lovely because I have to find ways to be more internal and more myself.

I also...the other big piece is I speak my piece now more than I ever used to.

What makes me feel vital and alive is learning new things. It makes me crazy. I still think I ought to be able to learn this stuff faster, which is crazy. You have to do everything slowly to learn, but I love learning new things. And I love figuring things out, like, there's a puzzle or there's a problem or to figure out how to rewire a lamp, learning how to do something differently.

I also...when I can, I just stop and watch nature. Watch the chipmunks chase each other. Watch the birds decide who's going to get that branch.

What makes a woman beautiful? I think there's a sparkle. 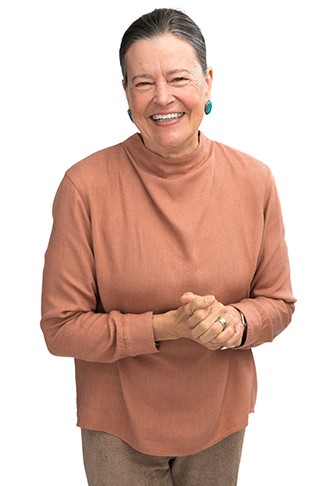 I think what makes a woman beautiful is joy. And I think the thing that really makes people beautiful is that ability to engage with each other.

And I have seen some extraordinarily beautiful people that you might have walked right by on the street, but the minute you say hello to them or how are you today, there is just an incredible response. And that, to me, that's what makes a woman beautiful.

Growing up, I was one of a few that never had a face lift. And sometimes, I kind of go, "I wonder what it would be like if I..." But, I kind of like it now because I think there's character.

I think there's a way you can see a person's life in their face. Is this somebody who has frowned their whole life so the lines will go down and they're grim, or is this somebody who's had some joy and some laughter and lines kind of go up a little bit? And that's really fun.

I mean I joke sometimes about I can gain weight and my skin will fill out and I'll look younger. Or, I can lose weight and I can look like a Shar Pei. But to me, what it's really about is being where I am in the moment and having a good time. I don't know when I first noticed anything like that. I have quit pulling out the gray hairs. I did that for a little while.

One of the things that's been really interesting for me getting to 69 or 65 or close to 70 has been that I actually see myself as more beautiful now than I did when I was younger. Because when I was younger, I was so absorbed in that I was supposed to look a certain way. And I didn't feel like I did that because, you know, all the cultural stuff.

And I look at myself now and I see myself as a beautiful woman. That's really amazing. You know, I never thought I'd say that.